What You Need To Know About Tennessee Divorce Law 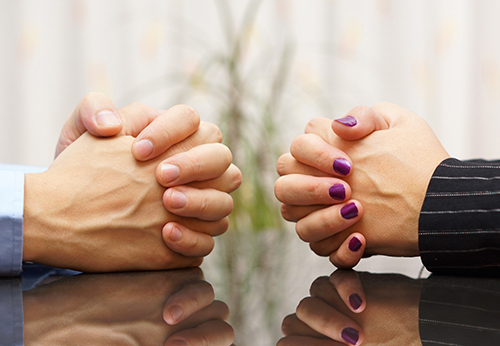 When Couples Decide That They Want To Proceed With The Divorce In Tennessee, What Are The Different Avenues?

In Tennessee, there are 15 different grounds for divorce, each of which are reasons you could seek a divorce from your spouse.

At the beginning of the divorce, you or your spouse are served documents regarding the intention for a divorce. You have 30 days to respond. It is important to respond or “file an answer”, because if you do not, a default judgement could be taken against you. A complaint or petition for divorce must have been on file for sixty (60) days before being heard if the parties have no unmarried minor children under eighteen (18 years of age, and if the parties have unmarried minor children under the age of eighteen (18) years of age, it must be on file for ninety (90) days before being heard and the Court granting the divorce. The sixty (60) or ninety (90) day period shall commence on the date the complaint or petition is filed.

Then, there are two types of divorce: contested and uncontested.

In a contested divorce, both or an individual party are unable to agree on terms, custody, or asset distribution. This could be resolved through mediation. And if that fails, it will go to court, and a judge will dictate the terms of the divorce.

In an uncontested divorce, both parties agree on all of the terms, custody, and asset distribution. It requires approval by the court to make sure that the agreement is binding and enforceable.

When A Divorce Is Contested How Does That Impact A Case?

A contested divorce typically results in mediation. In mediation, you and your spouse will try to resolve as many issues as possible. For example, if you have ten problems and solve nine of them, then you’re only going to have a hearing on the remaining one.

So, mediation is a great avenue because, technically, the ball is in your court, and the parties are making the decisions regarding asset distribution, custody and child support of minor children, and any other terms that they can agree upon. Once the parties decide that they cannot agree, the decision becomes that of the Court, and either party may or may not be happy with the results that the law allows.

What Is The Role Of An Attorney Through The Mediation Process?

An attorney is not required but strongly recommended, especially if your spouse brings an attorney to meditation.

Attorneys are present to ensure their clients get a favorable or equitable settlement and advise them on what the law says they can and cannot do. We support our clients and give them the legal advice that pertains to the issues at bay. The client always has the final say after they have been fully apprised of their legal rights.

The mediator cannot give legal advice. They are a third-party that is neutral. Their job is to get a meeting of the minds together and agree on terms to resolve the issues present in the divorce. It is always a client’s right to be represented by an attorney in a mediation.

For more information on Family Law in Tennessee, a free initial consultation is your next best step. Get the information and legal answers you are seeking by calling (931) 322-5055 today.